You need to be logged in to save products in your wishlist.

((loginText))
By continuing use this site, you agree to the Terms & Conditions and our use of cookies.
Achetez votre produit dérivé au meilleur prix (1 product) +
Clear filters

What Is a Geek Bust?

A geek bust is not a classic figurine, it is a statuette carved halfway up the trunk and set off by a base. It is a perfect collector's item: all the heroes of all the great licenses can be present in your library. The Lord of the Rings, Marvel, DC...

What Is a Geek Bust?

A geek bust is not a classic figurine, it is a statuette carved halfway up the trunk and set off by a base. It is a perfect collector's item: all the heroes of all the great licenses can be present in your library. The Lord of the Rings, Marvel, DC Comics, the great Japanese animation studios... You can fill entire display cases with geek Avengers busts, Justice League or Naruto ninjas.

Why a Geek Bust Instead of an Action Figure?

At once understated, classy and absolutely cool, geek busts have become a must-have. Why? Because they have conquered an adult audience that is looking for more than just a figurine. A geek bust is a real decorative object where a figurine is often a toy. Some examples? Star Wars is never the last license to offer us magnificent collectibles: probably the most popular Sith after Darth Vader, contemplate this imposing Darth Maul with finely detailed features.

Are you a Marvel fan? Every movie has had its own exceptional geek busts released: Cool and... restless, this Deadpool bust seems to directly mock you with his sculpted knuckles in his name. In the same series, this magnificent Captain America brandishes his legendary shield. Entirely hand-painted, we feel all the power of the character in his simple posture. Limited to 3,000 pieces, this Iron Man bust makes a statement with the precision and beauty of its details, right down to the base.

In recent years, talented sculptors have become passionate about geek worlds. The trend is for large statues set off in dioramas. Magnificent, they cost a fortune, however, and take up a lot of space. A nice geek bust is an excellent compromise: the quality and elegance of a beautiful statue at a very affordable price. This does not prevent them from being sometimes imposing: sold in limited editions, you can afford real collector's items with luxury geek busts: This Grendizer in resin 30 x 50 x 27 cm weighs more than 5 kilos! It will easily become the centerpiece of a collection.

Even more impressive: this life-size bust of the most famous android in cinema: Robocop. Sculpted to perfection, finely hand-painted, its realism is incredible. These exceptional pieces are always numbered and delivered with a certificate of authenticity. Who said geeks only like toys?

What Are the Best Geek Busts Available at the Best Price?

If you're looking for a gift idea for a fantasy, comic book or manga enthusiast, you're sure to find it in our online store. To find the best goodies of all the great licenses, GoldoGeek opens the doors of its catalog. Replicas of cult objects, figures (Funko Pop, Bishoujo, Mcfarlane...) and of course, geek busts: each GoldoGeek category offers you the best of what the big licenses have to offer. So why look elsewhere for what you can find at the best price on GoldoGeek?

Grid
Grid-2
List
List-2
Catelog
Sort by:
RelevanceName, A to ZName, Z to APrice, low to highPrice, high to low 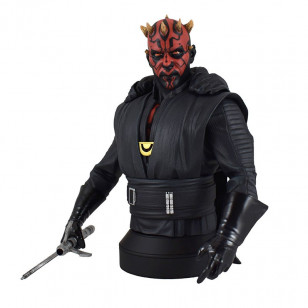 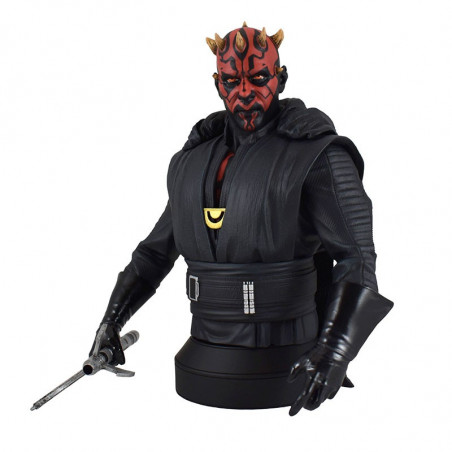